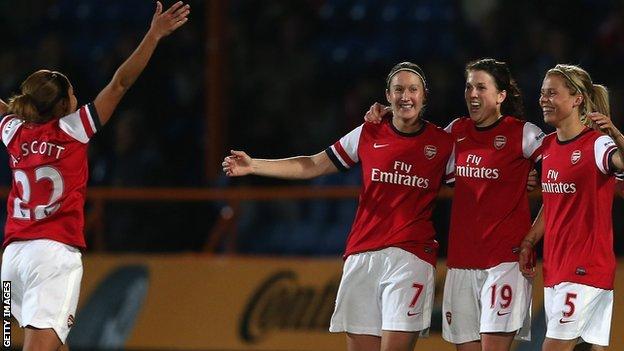 Arsenal Ladies will face Italian side ASD Torres CF in the quarter-finals of the Women's Uefa Champions League.

Laura Harvey's side will be at home in the first leg of the tie, which is to be played on either 20 or 21 March, with the return game in Sassari on 27 or 28 March.

Arsenal Ladies are in their 11th season in European football's elite competition and have never failed to reach the last eight.

Arsenal reached the last eight after a 6-4 aggregate win over German champions FFC Turbine Potsdam in the last 16.

The final will take place at Chelsea's Stamford Bridge ground on 23 May, 2013.