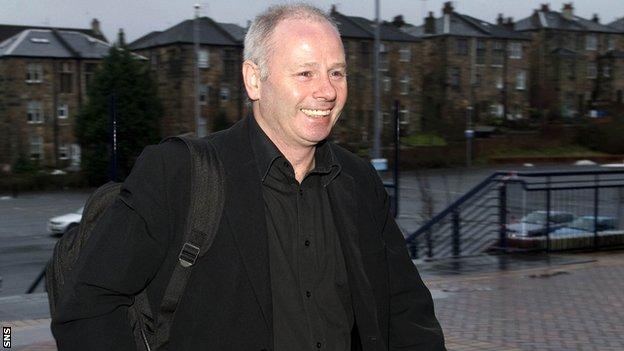 Aberdeen are to have millions of pounds of club debt converted into 'preference shares' which may help new stadium plans.

Nearly £6m in loans owed to two major shareholders by Aberdeen Football Club will be converted.

The £3.7m due to chairman Stewart Milne and £2.25m owed to Aberdeen Asset Management will be turned into shares, cutting Dons' debt to £10.82m.

Some of the £5.75m is to be invested in development costs of a new stadium.

"Over the past few years the major shareholders have invested substantially in the club with interest free loans now standing at £5.75m in aggregate," said chief executive Duncan Fraser in a statement on the club's website.

"Part of this amount has been used to finance the development costs of the new stadium and part to provide finance for the business.

"The major shareholders now wish to make this investment in the business permanent and to this end, and subject to shareholder approval, it is proposed to convert the loans over time into a new class of 'preference shares'."

The agreement will be subject to approval from shareholders at the club's Annual General Meeting next month.

"No new cash will come into the Company as a result of this conversion but over time its financial position will be considerably improved by removing liabilities from its balance sheet totalling £5.75m and by the corresponding improvement in the ratio of its net assets to called up share capital," said Fraser in the statement.

Craig Brown's team could go ahead of Celtic at the top of the Scottish Premier League if they beat Inverness CT at Pittodrie on Tuesday.

Thistle go into the match having won at Celtic Park on Saturday - the first time they have done so in the league in their history.