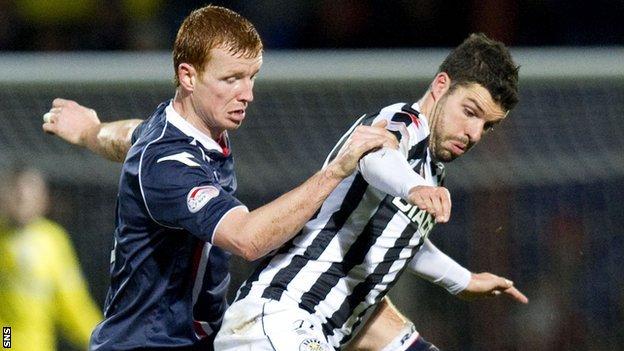 followed Saturday's 2-1 win against the Dens Park side, who prop up the Scottish Premier League.

"It's a very valuable point on the road," Lennon told BBC Radio Scotland.

"The most important thing when you're coming away to venues like this is to make sure you are picking up points."

John McGinn and Sam Parkin came close to opening the scoring for the visitors in an entertaining match at Victoria Park.

"The only thing missing for us was that end product," added Lennon. "We looked very good on the break.

"What we need is just that little bit of luck in the final third. The keeper's had a fine couple of saves. We hit the woodwork twice.

"The most pleasing thing for us was the endeavour, the commitment more than matching that of Ross County.

"But also, in the manner in-which we created in the second half. If we do that, we'll certainly give ourselves more chance of winning games than not.

"Another positive to take from tonight is our first clean sheet in a wee while. That will give the back four an added bit of confidence going into a Scottish Cup tie [against Brechin City] on Saturday."