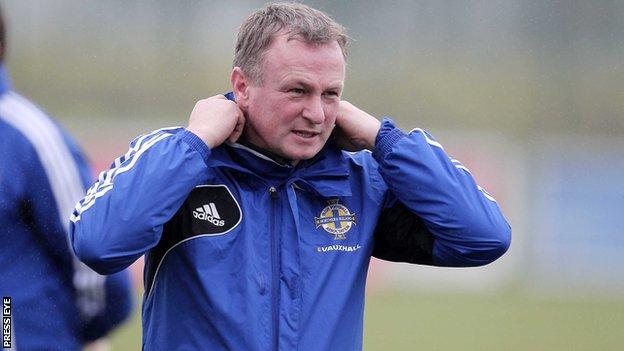 Northern Ireland will travel to play Malta in a friendly international game on Wednesday 6 February, 2013.

The match will be played at the Ta' Qali National Stadium, with the kick-off time to be confirmed.

Manager Michael O'Neill goes into the game still looking for his first win as manager of the national side.

The fixture will provide an opportunity to prepare for the World Cup qualifiers against Russia and Israel at Windsor Park in March.

Malta are bottom of Group B, without a point after playing three matches.

The Maltese did however beat Liechtenstein 1-0 away from home in a friendly this month.

The game will be the first meeting between the sides have played each other since a 1-1 draw in a 2005 friendly, when David Healy scored Northern Ireland's goal and Keith Gillespie was sent off.

Ivan Woods scored and was later dismissed for the hosts.

Northern Ireland had won the five meetings prior to that, including qualifiers for the 1990 and 2002 World Cups, without conceding a goal.