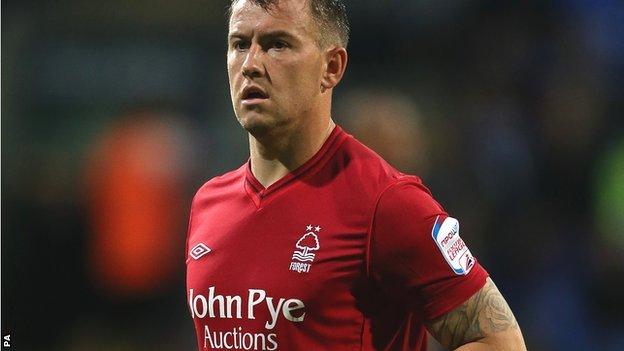 Nottingham Forest are set to be without striker Simon Cox for two months because of an ankle ligament injury.

The 25-year-old was hurt in Forest's 2-1 win at Wolves on Saturday and a ligament is detached from a bone in Cox's left foot.

"I'm out for around two months but it feels better and better each day. I want to be back ASAP to help the lads achieve our goal," Cox said on Twitter.

Boss Sean O'Driscoll added: "If he's back before then we'll be delighted."

Cox has also dislodged a flake of bone in his foot but O'Driscoll is hopeful the Republic of Ireland international will not need surgery.

"It doesn't need surgery but he will have to be non-weight bearing for two weeks," O'Driscoll said.

"Then they will X-ray it again to see if it's healing. If it is then there will be no more intervention.

"If it isn't healing they will probably have to pin it or staple it but we should know more in two weeks."