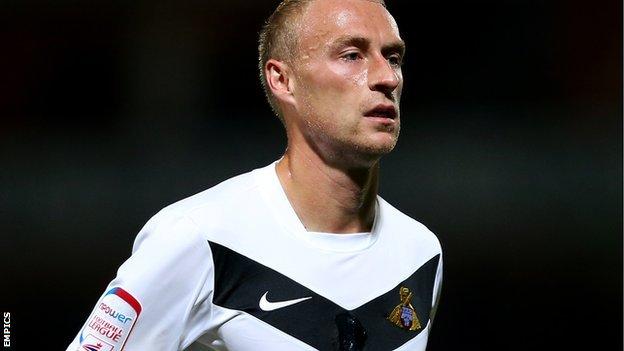 Doncaster Rovers boss Dean Saunders wants winger David Cotterill to focus on his club form amid talk of an international recall for Wales.

The 24-year-old has eight goals in 22 appearances this season and scored the winner in Tuesday's 1-0 win over Oldham.

I'm sure David will be on Chris Coleman's mind

"It'd be an honour for the club but to be honest I'd rather he didn't have any other distractions."

He added: "His first objective needs to be staying in our team and getting his form because he's not an automatic starter.

"He's been a good signing for us and he's been the difference for us on many occasions. He's got about 15 assists as well as his goals."

Cotterill has 19 caps for Wales but has not featured since the 2-0 win over Northern Ireland in the Nations Cup in May 2011.

Tuesday's victory over the Latics moved Rovers up to second in the League One table, level on points with leaders Tranmere.