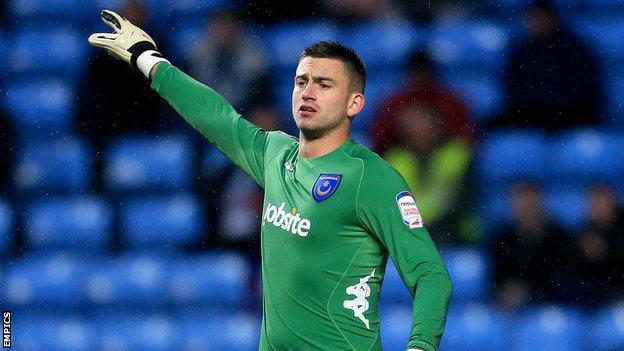 Oldham are set to recall goalkeeper Alex Cisak from his loan spell at Portsmouth after only one game as cover for Dean Bouzanis.

Bouzanis was sent off for violent conduct during the and will now serve a three-match suspension.

The Latics have the option of a 24-hour recall on Cisak, who has

It would leave Simon Eastwood as Pompey's only senior goalkeeper.

Cisak, 23, began the season as Oldham's first choice in goal but has not appeared for Paul Dickov's side since 15 September.

He made his debut for Portsmouth in the on Saturday, helping to end their seven-game losing run.