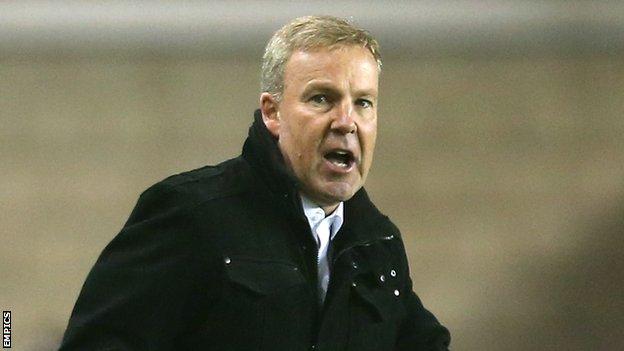 Millwall boss Kenny Jackett says his side's work ethic is a major factor in their recent run of good form.

The Lions are unbeaten in their last 12 games and have climbed to fifth in the Championship table.

"Everybody battles for each other. It's part of the DNA at the club," Jackett told BBC London 94.9.

"It's a grind and you have to have your full energy all of the time to achieve points in this division because it is so tight."

He added: "There is not much between quite a number of clubs and it gives us an opportunity."

"It's another tremendous away victory," Jackett said. "You could see us getting stronger as the game went on.

"I'm delighted for Andy Keogh. He puts in a lot of work and has been a key player for us.

"For him to come back to his old club and get the winner, I'm very pleased for him as an individual."