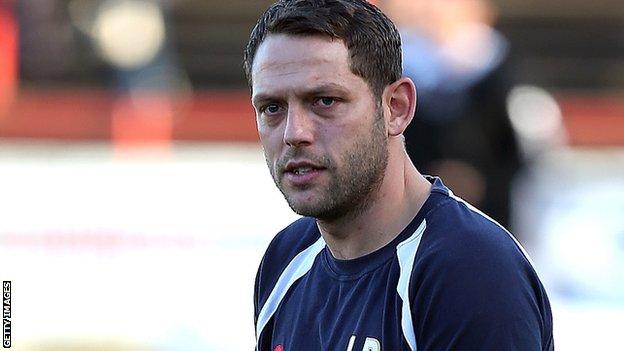 Leam Richardson insists he is not too concerned with Accrington's form at the Crown Ground, despite losing to Rotherham on Tuesday.

The was Stanley's fifth loss in 10 home matches in League Two - only Aldershot and AFC Wimbledon have lost more games on home soil this season.

"Apart from Tuesday night, I think we've applied ourselves very well and just been unlucky with our results."

He continued: "You must put pressure on yourself to win your home games and get results away from home. if you put those two together, you'll be consistent and you'll get to where you want to be."

Accrington went ahead against Rotherham with an early goal from defender Dean Winnard, but the visitors took all three points thanks to a brace either side of half-time from Daniel Nardiello.

Richardson admitted his young team were not at their best on the night, adding: "There are a lot of honest lads in there and, as long as we do learn [from the defeat], I'll never have a problem.

"You don't have a divine right to play well, but they have done for the last month or so. It's important that they don't get too down with the result and that they bounce back."

Meanwhile, defender from his loan spell at the Crown Ground by Fleetwood.

The 25-year-old made the last of his 13 appearances for Accrington against Rotherham.