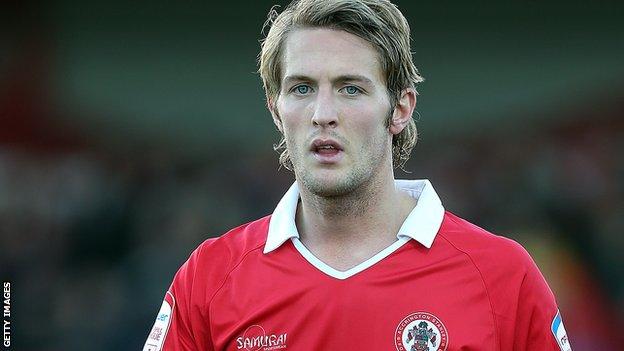 and made 13 appearances for the club, the last of which came in the 2-1 loss against Rotherham on Tuesday.

Atkinson was part of the Fleetwood team that won promotion to the Football League for the first time last season.

But he will be unable to face Aldershot in the FA Cup on Saturday, having played for Stanley in the first round.