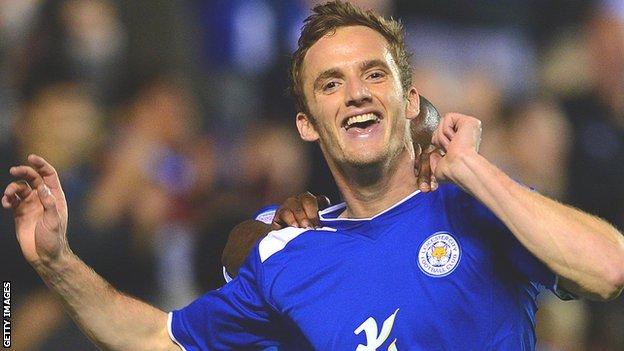 Leicester City midfielder Andy King says the Foxes must channel their emotions in this weekend's Championship match with Derby County.

If we get things right performance-wise, we'll have a great chance of picking up a result

"There's a lot of emotion involved, which can help if you channel it the right way, but you have to balance that by playing with a cool head."

The Foxes had their five-match unbeaten run ended on Tuesday night with a 1-0 defeat at Leeds, while Derby drew 1-1 at home with leaders Cardiff.

"They're all big games at the moment because of where we're trying to get to, but Derby obviously has a bit more on it because of what it means to the fans," continued King.

"Our record at King Power Stadium has been great so far this season and we put six past Ipswich last time out, so the whole squad should be full of confidence.

"If we get things right performance-wise, we'll have a great chance of picking up a result.

"I'm sure the fans will go to work or school on Monday morning with smiles on their faces if we do."

The Foxes have done the double over their East Midlands' neighbours in each of the last two seasons.

"We've done that pretty well in the last few, especially against Derby, so we'll be looking to keep that going with the fans' help on Saturday," King added.