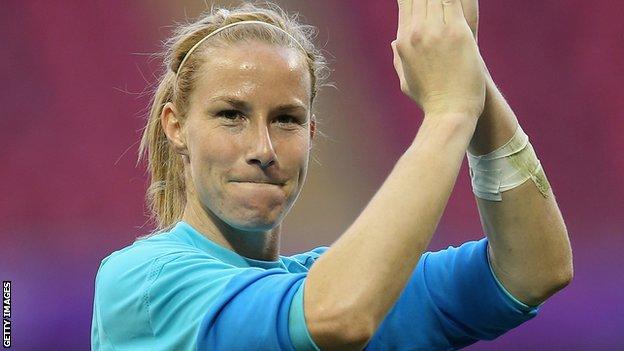 Bardsley, 28, who played in Sweden last season, was an ever-present in England's 2011 World Cup campaign and made five Team GB Olympic appearances.

"I hope we can win trophies here," Bardsley told the club website.

"This signing is a clear statement of our intention and ambition in the coming years.

"There is a belief among the group of players at this club that we can be right up there challenging for titles, and winning them in the not too distant future."

The goalkeeper, who was born in California but is eligible for England because she has family from Stockport, has spent the majority of her career playing in the United States, joining Swedish side Linkopings FC last season.

"I've played with a few of the girls in both the England and GB squads and it will be great to play with them at Lincoln as well," added Bardsley.

"Playing with two of England's best centre-backs in front of me, including the England captain, can only mean good things for the national side as well as Lincoln."