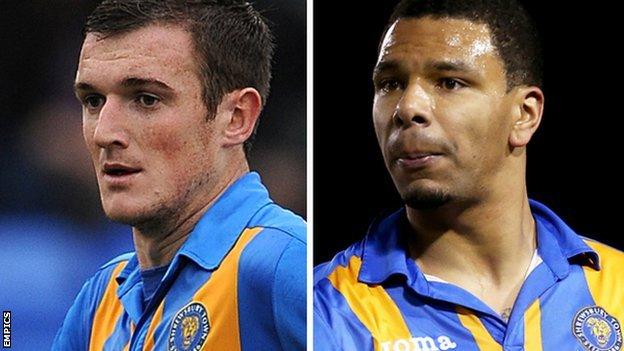 Town have opted not to take up their option of a third month for Collins, who was originally signed for a month's stay from Barnsley on 28 September.

But boss Graham Turner has also been forced to send back Sheffield Wednesday centre-half Bennett to South Yorkshire following a back injury.

Shrewsbury are 22nd in League One after last Saturday's 1-0 defeat at Oldham.

Town are without a game this weekend following their early FA Cup exit and are due back in action at Crawley on Saturday week (8 December, 15:00 GMT).

Collins, who had previously played under Turner at Hereford, made 10 Shrewsbury appearances, while Bennett made four starts.