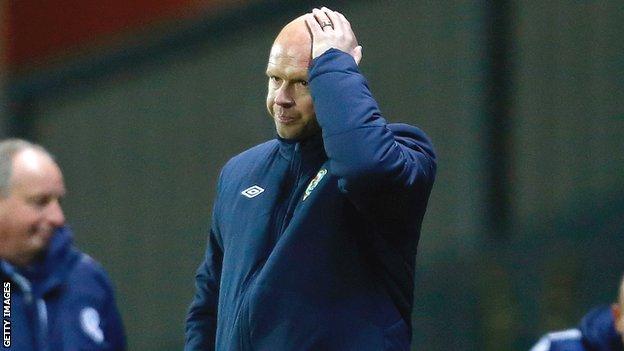 Manager Henning Berg is confident that small changes will see Blackburn's results improve in the near future.

On Wednesday, Bolton Wanderers condemned Berg's Rovers to a in the space of five days.

"What we were missing should not take long to improve because we are talking about basic football things," Berg told BBC Radio Lancashire.

"There are things to work on, but at the same time, they are not things that cannot be done quite quickly."

The Norwegian added: "To win football matches, and especially derbies, you have to compete. You have to earn the right to play and be defensively solid.

"You can't give teams as much space and time as we were giving them. You're asking for trouble and they punished us.

"They didn't have many chances but the ones they had were big ones. I'm disappointed that we started the game like we did."

Blackburn have taken just five points from their who won the Premier League title as a Rovers player in 1995.

And after remaining loyal to a number of players, the 43-year-old says he may make alterations for Sunday's Lancashire derby at Burnley.

He continued: "If performances are good, there's less reason to make big changes.

"Even - they had two great strikes to win the game, and we had a lot of good things in our performance.

"You make changes because you want to improve things. There is always a reason behind the changes and the subs we are making."