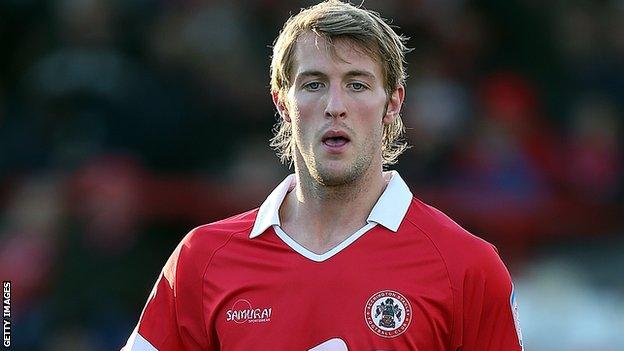 Accrington Stanley may look to sign Fleetwood defender Rob Atkinson on a permanent basis in January.

"He settled in really well and I think he's enjoyed it. If the same circumstances become evident again, I think he would like to return."

Atkinson initially joined Accrington on loan in October and played 13 games for the League Two club.

Richardson continued: "Rob's done smashing, we thank him and we wish him well. We hope he has an impact on Fleetwood's season.

"We have got players in our squad who can step in quite comfortably and do a job, so we're quite positive."

He is unable to play for Fleetwood against Aldershot in the FA Cup on Saturday, as he featured in Accrington's first-round victory at non-league AFC Fylde.