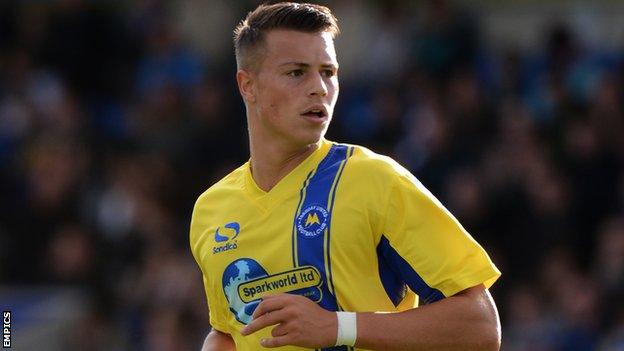 Torquay United midfielder Billy Bodin says he is trying not to let the pressure of his summer move to Plainmoor affect him.

Bodin, 20, joined the Gulls from Swindon after

"There is a bit more pressure as I did well [here] last year," the Wales U21 international told BBC South West.

"You've got to try and not let it take control of you and mess your game up."

Bodin scored five goals in 19 appearances between August 2011 and January before returning to Swindon Town.

And he says his form has not been as good since returning to Plainmoor permanently.

"It's not as gone as good as I wanted, but hopefully I can keep doing what I've been doing and score some more goals," he added.

"I can see why the fans get on people's backs, I'm a fan of teams as well.

"I take the criticism on my head and try and learn from it and try and score as many goals as I can."

But Bodin is thankful of the support he has received from his team-mates as he looks to try and up his form ahead of the busy Christmas period.

"In the last few weeks I've missed a few chances and the fans have got on my back a bit," he said.

"But the lads have told me to keep going as I'm getting the chances so I must be doing something right."