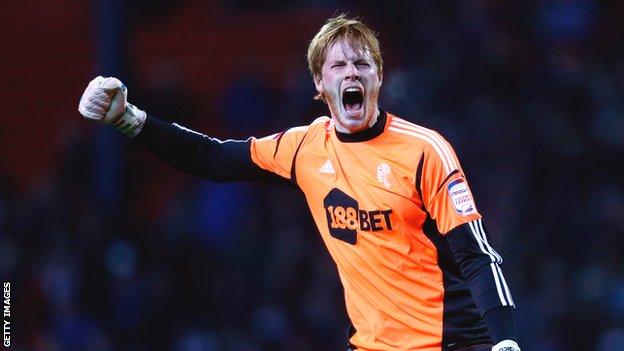 Goalkeeper Adam Bogdan has signed a new contract that will keep him at Bolton Wanderers until the summer of 2015.

The 25-year-old has played 56 times for Wanderers since making his first-team debut for the club in August 2010.

Bogdan, who had a short loan spell at Crewe in 2009, replaced long-serving Jussi Jaaskelainen as Bolton's first-choice keeper and has started all 19 Championship games this season.

He has also featured in four World Cup qualifiers for Hungary this season.

"I'm delighted with the extension," Bogdan told the club website.

"I think it's always a good feeling when the club wants to extend. I hope it's a good message for everyone and proves that I see my future here and that I am enjoying playing for the manager.

"I want to get back to the Premier League as quickly as possible and I see this as a big step."