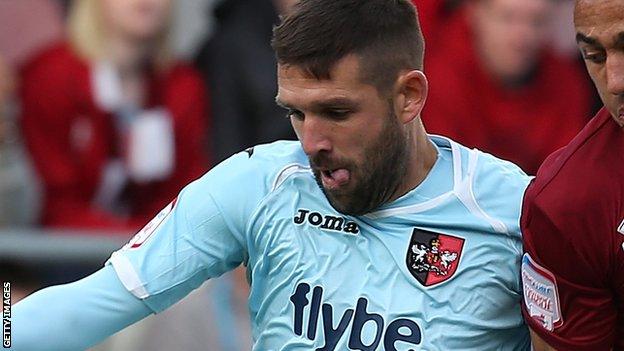 Exeter City midfielder Tommy Doherty has extended his contract at St James Park until the end of the season.

The 33-year-old Northern Ireland international and has played 17 times this season, starting 11 games.

"I've been very happy with Tommy. He's obviously happy with us, he's enjoying his football and I'm pleased."

Doherty spent last season in the Blue Square Bet Premier with and Bath City before moving back into the Football League.

"He's a proper competitor, he's a very good footballer, got a very instinctive football mind and can see the situation in front of him very quickly, better than most," Tisdale said.

"He's a lovely chap to have around and he's more than happy to be part of the squad here.

"He's not only brought quality but that real competitive edge that he brings to his game when he's been called upon."