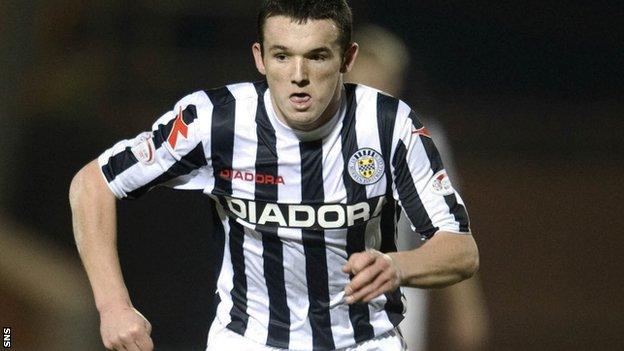 The 18-year-old made his first-team debut as a substitute last month and has started the Paisley club's last two matches.

McGinn is the younger brother of 22-year-old midfielder Paul, who last week returned to former club Queen's Park on loan until January.

Paul became the third brother to sign for St Mirren, Stephen, 23, having moved to Watford in 2010.

However, as he was registered as an amateur until January, he was unable to play first-team games in the top flight until then.