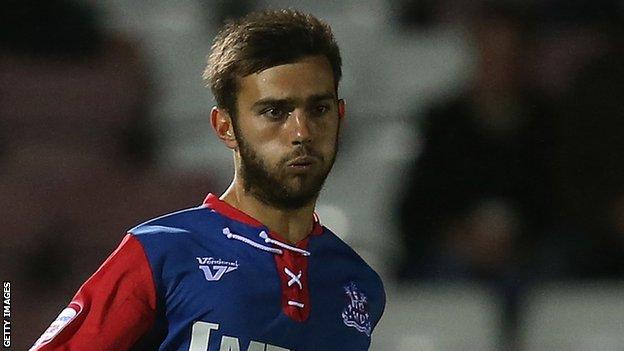 The 20-year-old, who has made 15 appearances this season, was transfer listed by Allen earlier this month.

"I don't close the door or put them in a cupboard and say 'end of'. I don't want to be a manager like that. The lad has got talent."

Allen added: "If he plays well and we see a role for him we'll see how it all goes."

I've always said the door is never closed to anybody

Payne, who came through the youth ranks at Priestfield, has made 107 appearances for the club since his debut in October 2008 at the age of 16.

He has not played since the 2-2 draw with Plymouth three weeks ago but could feature in this weekend's FA Cup tie against Preston if he has fully recovered from a stomach bug.

"I know I can't keep them all happy but I do my very best," Allen continued.

"If they do the right thing they will get a chance.

"Danny Jackman was made available [for transfer], between me and him, in the office a couple months ago and he has come back into the team and done well.

"Jack played very well in the development squad game against Wimbledon on Tuesday. I've always said the door is never closed to anybody."