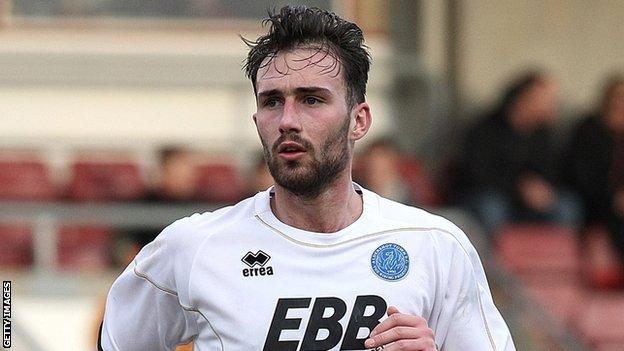 Aldershot midfielder Josh Payne is hoping to redeem himself when they face Fleetwood in the FA Cup second round.

The 22-year-old missed a penalty and was sent off during the Shots' 4-1 league defeat away by the Cod Army earlier this season.

He told BBC Surrey: "I don't think it could get much worse but it's about how you react as a team and individuals.

"The lads are together on and off the pitch while the management staff back us week in, week out. We owe the fans."

The Shots are currently in the League Two relegation zone and Payne is excited by the possibility of making the third round of the Cup.

"It's nice to get out of the pressures of the league," the former West Ham trainee said.

"For a smaller club like ours it is nice to get a cup run. For teams in the lower leagues it is an exciting time.

"Cup or league, we want to win, but it would be nice to get to the third round and draw a big team.

"To be in the draw, watching it on the Sunday, would be special if we do win."