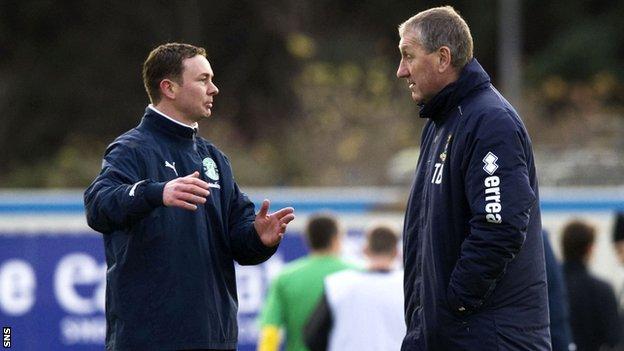 Manager Derek Adams hopes Ross County will be the first name in the hat for the Scottish Cup fifth-round draw.

"We are in confident mood going into the game. We've a good record against Inverness at home," Adams told BBC Radio Scotland.

"We have to use that to our advantage. We want to be in the fifth round of the Cup on Saturday night."

With County earning promotion to the Scottish Premier League in the summer, the teams have now made their derby debut in the top tier.

But Saturday's tie is the first time County and Caley Thistle have met in the Scottish Cup.

"SPL football for both teams has helped us. Both teams have been terrific," said Adams.

"Over the years the Highlands have been looking for SPL sides and they have been able to get that.

"Now we've got the first outing in the Scottish Cup between the two sides."

The Highland derby is the first of 16 Cup ties being played over the weekend, with the area also represented by Highland League sides Turriff United, who play Morton, and Deveronvale, who travel to Raith Rovers.

Adams added: "It's always great for the smaller teams. You get them coming through and obviously you have the bigger sides in the draw as well.

"We've been there with Ross County when we were in the First Division, being able to reach the Scottish Cup final by beating the bigger sides and by being the giant killers."