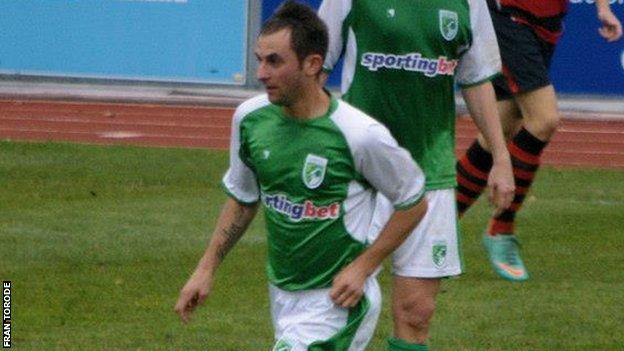 Guernsey FC boss Tony Vance was relieved with the way his side recovered after going 2-0 down inside the first two minutes before beating Windsor 5-2 at Footes Lane.

The win keeps Guernsey in third spot in the Combined Counties Premier League.

"At times we were really good, it was just a question of getting that goal and breaking them down," Vance told BBC Guernsey.

"In the second half I thought we played some fantastic football at times."

Ben Harris put Windsor ahead in the first minute as the visitors hit Guernsey on the break before adding a controversial second a minute later.

"The second goal was a foul, as simple as that, but it was a hell of a strike," Vance said.

But Guernsey clawed their way back into it as Dave Rihoy pulled one back after 20 minutes and Dominic Heaume levelled the scores four minutes later.

Within two minutes the game was turned around as Windsor had a man sent off for pulling back Guernsey striker Ross Allen when he was through on goal and Glyn Dyer scored the resulting free-kick to put Guernsey 3-2 up at half-time.

Allen made it 4-2 on the hour and Marr Loaring scored the fifth deep into stoppage time.

"I knew if we could get a goal it would chance things completely," Vance said.

"Even once we got the first goal there was a change and in the second half we played some really good football and melted them down."