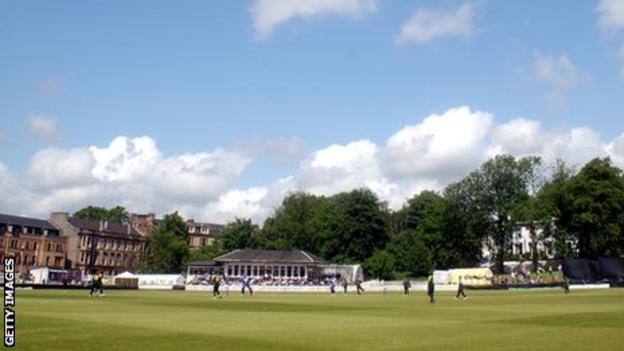 Like its rugby counterpart, the match was played in Scotland on a cricket ground. The rugby match took place in the east, while for the football game, the West of Scotland Cricket Ground in Glasgow's Hamilton Crescent was the venue.

The Scotland players were all selected from Queen's Park, the leading Scottish club of its day

Prior to the first official meeting, there had been several unofficial international matches played between the countries at the behest of the English Football Association.

In 1872 league championships had yet to begin in either country. The FA Cup had completed its inaugural running in England and the Scottish competition would start the following year.

For the match on 30 November 1872, St Andrew's Day, the Scotland players were all selected from Queen's Park, the leading Scottish club of its day.

England's players came from nine clubs and were selected by Charles Alcock, the English Football Association secretary and captain of the FA Cup-winning Wanderers.

Scotland wore dark blue shirts, Queen's Park's colours at the time, with a single lion crest badge attached. England, in white, had the badge of the three lions on their shirts.

The game, kicking off 20 minutes late at 2.20pm, was played in a friendly manner - the introduction of shin pads was still two years away - and there were few contentious decisions for the Scottish referee to make.

On a heavy pitch, the smaller and lighter Scottish side pushed their English counterparts hard but the Auld Enemy worked well to negate the advantage the Scots had of all the players being from the same club side.

That came the following year at the Oval when England enjoyed a 4-2 victory over the travelling Scots. The next time Scotland and England would meet without generating a goal was 1970 at Hampden Park.

The Scottish captain, Bob Gardner, who would play a further four times against England and lose only once, had been responsible for team selection.

The future Scottish Football Association president had that year made the switch from forward to goalkeeper. He kept goal for his country for the whole match, unlike his English counterpart, Robert Barker, who decided to join the action outfield when he switched with William Maynard.

In an age when playing with six or seven forward players was normal, Gardner's team selection almost paid off as Scotland came closest to victory.

In the final stages of the match Robert Leckie sent in a shot that landed on top of the tape that was strung between the two posts to represent the crossbar.

It was as near as either side would come and the match yielded no goals but it was the start of a rivalry that continues to generate passion when the countries meet.