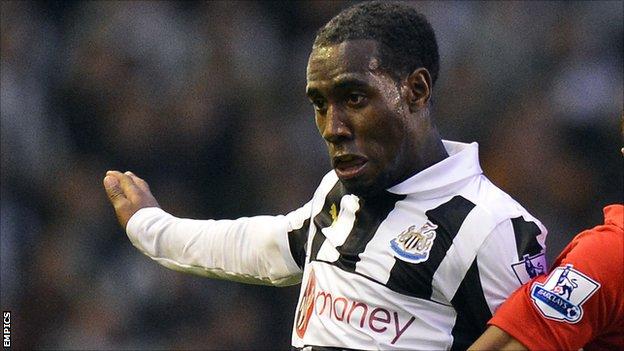 The Magpies responded to with an but were unable to halt the run of defeats.

"We're in a bit of a downward spiral but we're positive, we know what we can do." Anita told BBC Newcastle.

"It's four defeats in a row now and we're desperate for a win."

However the return of Papiss Cisse to the scoresheet and Pardew's support for his players has raised confidence within the squad.

"We know we can do it. We need to take our spirit into the match against Wigan," Anita added.

Tonight helped us well as we played very well with and without possession and of course we finally scored a goal.