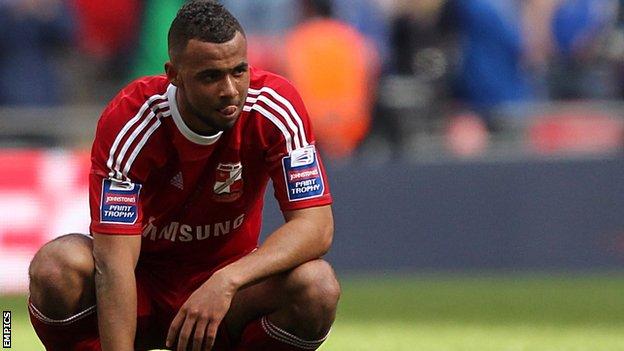 Swindon loanee John Bostock is willing to consider making a permanent move to the County Ground when his deal at Tottenham comes to an end this summer.

The midfielder is in his second spell at the League One club and his current loan runs out on 7 January.

"If I'm playing and the gaffer has a plan for me, then I don't see why Swindon would be a bad place for me.

"It's a bit early to say if I'd be here permanently but I'm open minded," the 20-year-old told BBC Wiltshire.

"When they are ready to talk I'll be ready to listen."

Tottenham paid Crystal Palace £700,000 for Bostock in July 2008 but he has yet to force his way in to the first team at White Hart Lane, with all four of his senior appearances coming as a substitute in cup competitions.

He previously had loan spells at Brentford, Hull and Sheffield Wednesday before joining Paolo Di Canio's Swindon in March.

Bostock played four games before returning to his parent club but was re-signed by Di Canio in the summer.

And after establishing himself in the Town first-team, the midfielder believes his current spell has improved him as a player.

"If you look at my previous loans I've never been given a chance to play week in, week out," he said.

"I feel like a little kid in getting excited to play on a Saturday.

"At Tottenham and when I first came here I was training and not featuring, but now to be involved is fantastic.

"I've really enjoyed it and it's getting the best out of me."