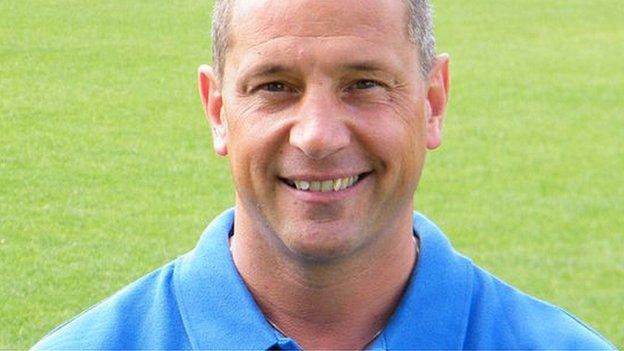 Captain Gary Mills will have revenge on his mind when he leads Lincoln City out against his former side Mansfield Town in the FA Cup second round on Saturday.

Imps boss David Holdsworth also faces his ex-team and Mills is relishing what is likely to be a fierce local derby.

Mills told BBC Radio Lincolnshire: "My time there was patchy to say the least.

"I enjoyed my time under David but when he left a few things happened that left a bitter taste in my mouth so there are a few things I want to settle."

The 31-year-old joined Mansfield in the summer of 2009, making 43 appearances under Holdsworth.

But after the manager's exit in November 2010, he only made three appearances under Duncan Russell and left the club in January.

He joined the Imps this summer following spells at Rushden & Diamonds, Bath City and Nuneaton.

Paul recruited a lot of reputably very, very good players and he may feel he has been let down by some of those

Both sides will feature players with links to the opposition and that further spice up a match that could see the winners land a dream FA Cup third-round tie against Premier League opposition.

As well as Holdsworth and Mills, the Imps could also include defender Scott Garner and midfielders Colin Larkin and Adam Smith.

The Stags could feature Alan Marriott in goal, Lee Beevers in defence as well as midfielder Jamie Hand and striker Ben Hutchinson.

Lincoln go into the game in good form, having gone 10 games unbeaten before last weekend's FA Trophy defeat by Tamworth.

The cash-strapped Imps are in desperate need of the financial boost a big third-round tie would bring and Mills expects the importance of the game to show in the attitude of both teams.

"It will be lively to say the least," Mills added. "There is a big prize at the end of it and there is a lot of pride as well.

"The wide lads are quite exciting for them, Louis Briscoe has got into the team again recently and the forward boys are quite lively. But we will concentrate on us.

"Most of their lads in the stands would get in most teams in this division. They have a massive squad with good quality and it will be a tough game."

Boss David Holdsworth believes all the pressure will be on the away side and Paul Cox.

"Mansfield's expectations are certainly a lot different to ours," Holdsworth said. "Paul recruited a lot of reputably very, very good players and he may feel he has been let down by some of those. The expectations from the Mansfield people and are high this season - and rightly so.

"Paul's expectations are that he wants to do well and they should be. I think they can do - there is no reason why not - but at the moment the pressure is on Mansfield."