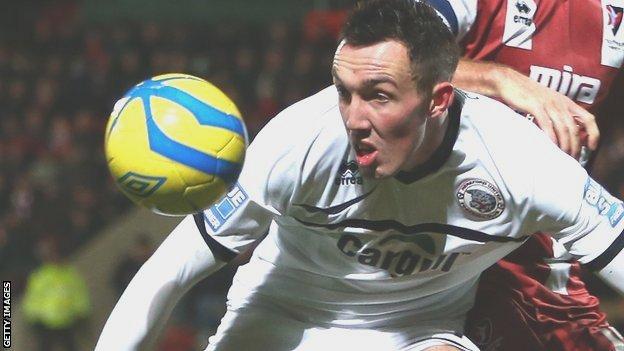 Hereford climbed to ninth in the Blue Square Bet Premier with a comfortable win that sends Barrow bottom.

Simon Hackney, had a goal on debut ruled out after he strayed offside, before Adam Boyes and Louis Almond went close for the Bluebirds.

Ryan Bowman slotted the second to the bottom right of substitute keeper Shaun Pearson after good work by Harry Pell.

The result, an eighth league win for the Bulls this term, extends Barrow's terrible home run meaning the Bluebirds are without a win at Holker Street in their last four Blue Square Bet Premier encounters.