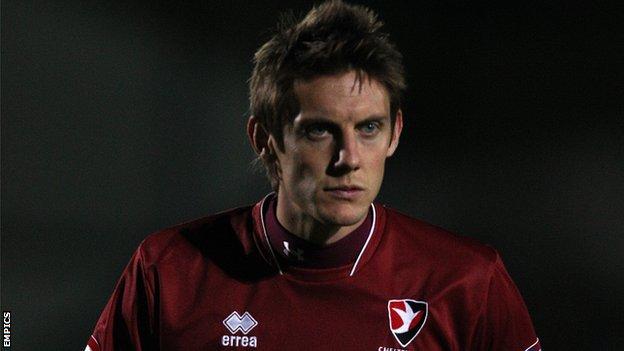 Darryl Duffy's winner completed a memorable comeback as Cheltenham came from two down to win at Northampton.

The Cobblers were 2-0 up within 14 minutes after Adebayo Akinfenwa struck and Robins defender Billy Jones turned the ball past his own keeper.

But after Darren Carter's close-range effort reduced the arrears, the visitors were level when Chris Zebroski headed in from Jones' cross.

The turnaround was complete when Duffy fired in after being set up by Carter.

"We started very, very well. We created lots of chances and we were on the front foot. At the back end of the half, we stopped doing what gave us all that success, and conceded three really bad goals.

"We shot ourselves three times in the foot."

"We started awfully and I thought we'd picked the wrong team, but credit to the players they stuck in there and turned it around.

"They suddenly remembered what we talked about when it came to competing with Akinfenwa, and all of a sudden we looked a different side.

"The second half was tough. They play to their strengths and are very good at what they do.

"I thought Zebroski needed to come in and give a good performance, which I think he did. We caused them problems and it was good to see us chipping in with goals."