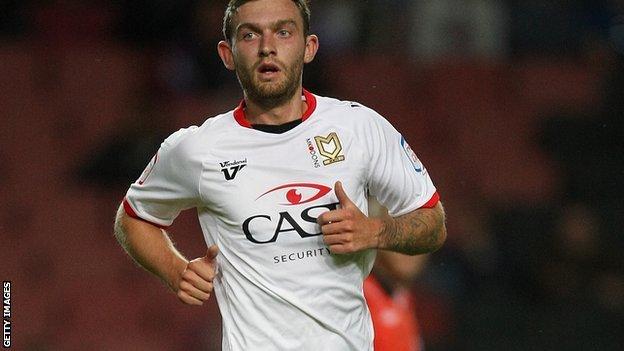 Jay O'Shea scored against his former club as Chesterfield extended their winning run to four league games with victory at promotion-chasing Port Vale.

On-loan O'Shea, who had a spell at Vale Park in 2011, fired the Spireites ahead on his debut just before the break.

Soon after Ashley Vincent scuffed a shot for Vale, Tendayi Darwikwa made it 2-0 by heading in Marc Richards' cross.

The hosts piled on the pressure but Tom Pope's header into the hands of Tommy Lee was the closest they came.

Defeat ends Vale's unbeaten run of five matches in the league, but they still retain their second place in League Two.

"We're delighted to get three points. Three points is vital in the league.

"I thought it was a thoroughly professional team performance from all of the players involved, including the subs and the lads that never got on.

"We've come today and we deserved to win the game."