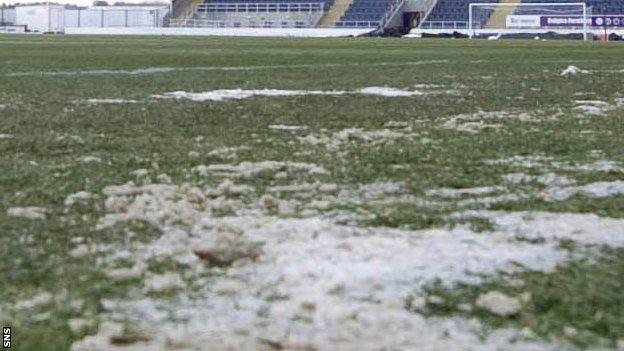 Saturday's Scottish Cup tie between Cowdenbeath and St Johnstone has been called off after the Central Park pitch failed a morning inspection.

It has been rescheduled for Tuesday 4 December, with a 19:45 GMT kick-off.

Third Division matches between Stirling Albion and East Stirlingshire, and Clyde and Queen's Park are also off because of a frozen pitch.

The Dumbarton-Hamilton Scottish Cup tie was postponed on Friday and will also be played on Tuesday, at 19:30 GMT.