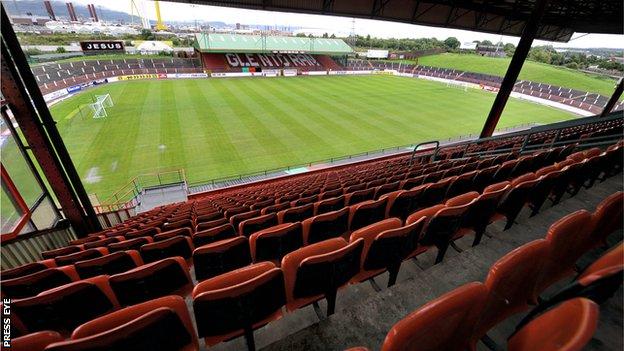 Cash-stricken Glentoran have revealed that they have secured funds to enable them to pay staff wages for October.

The Irish Premiership club's players had refused to train this week in a dispute about overdue payments.

Glentoran officials said the balance of the players' October wages should be paid before Saturday's league game at the Oval against Ballinamallard.

They also said November's wages were now due and that they expected to pay them next week.

Glentoran's first team players go into the match having missed the regular squad training sessions on Tuesday and Thursday.

Manager Eddie Patterson said football was the main source of income for some of his players.

Meanwhile the club has urged fans to turn out for Saturday's match.

"We need them to not only to support the team, but to support our club as we strive to raise the revenue that will allow is to stabilise our cash flow position," said a statement from the Oval.

"For all involved with our club, these are difficult times."