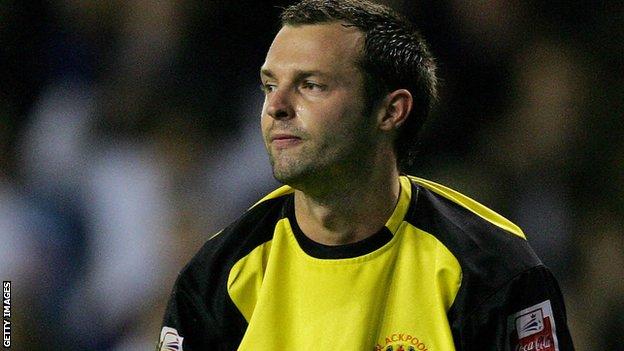 The 31-year-old, who began his career at Manchester United, comes in for a week after first-team keeper Ian Dunbavin suffered an injury in training.

His last game was on 3 April for Leyton Orient.

Rachubka's loan can be extended on a week-by-week basis while Stanley are struggling for goalkeepers.