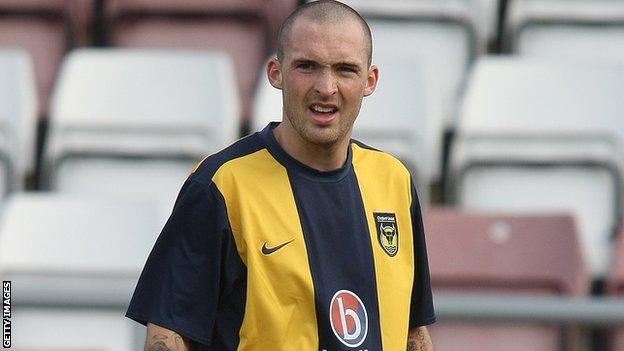 Cole, who was 27, played for the U's for six months before being forced to retire from the professional game in 2011 because of a heart condition.

"It's desperately sad day for everybody connected to him. He was a great kid."

Michael Raynes scoring a dramatic equaliser in the fourth minute of added time in Saturday's game to ensure that the U's would be in hat for the third round draw.

But Wilder said that the death of Cole, who played six games under his stewardship in 2010, put everything into perspective.

"It affected everybody, not just people that were really tight with him," added Wilder.

"He sat in my office two weeks ago. He came up to watch a game, the youth team.

"Today is not a massive result in the club's history, but the manner of the result and the way the players refused to be beaten is absolutely first class.

It's desperately sad day for everybody connected to him. He was a great kid.

"He was our player; he didn't spend an unbelievable amount of time here, but we got to know him."

Wilder also took the opportunity to pay tribute to the attitude of some of Cole's former team-mates, who played alongside the former Stevenage and Southend player at the Kassam Stadium.

"People like Alfie [Potter] and Damian [Batt] were very close to him and how they have gone about their business today is absolutely first class," the 45-year-old said.

"We had to have a chat at dinner. I told them to put it to the back of their mind - this is their job and they had to address it in the right way."