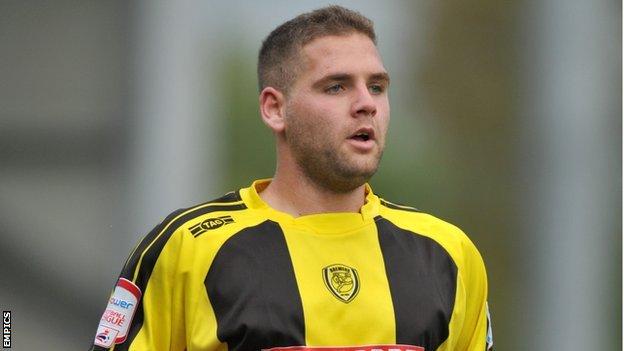 Billy Kee scored the only goal as Burton moved up to within a point of the play-off places with victory over his former club Accrington.

He struck within 10 minutes from inside the box after a good exchange with Calvin Zola.

Zola could have doubled Albion's lead but Rachubka denied him.

Stanley had named in-form James Beattie in their starting line-up but had to replace him with Padraig Amond when he suffered an injury in the warm-up.

"There was a lot of resilience there. After the early goal, as is natural, you're going to spend quite a lot of your time defending.

"The elements, the wind didn't help us first half. But at the end of the day it's a clean sheet and three points.

"They concede a lot of goals down their right-hand side, so we told Jacques Maghoma to get at them at every opportunity. First time he got the ball; run him, crossed it, goal."

"We had good possession, got in good areas and perhaps could have been a bit more clinical.

"You don't win football games with possession or with chances on goal - you win them by putting the ball in the back of the net.

"Burton beat us on that score, which is the one that matters."