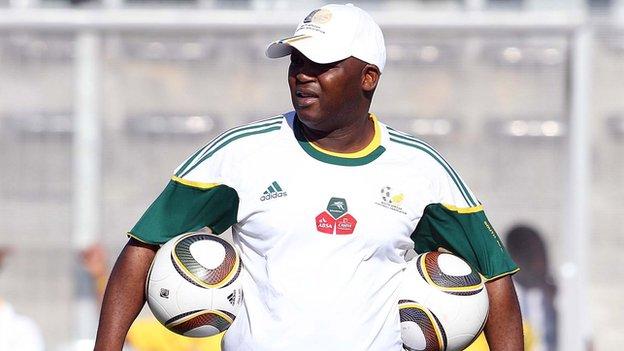 The club have said he will be replaced by former South Africa coach Pitso Mosimane.

Sundowns have struggled all season despite having the most expensive squad in the league.

They have won just two games in the league this season and are second from bottom after 12 matches.

Mosimane was responsible for a blunder that led to the country failing to qualify for the 2012 African Nations Cup finals.

He misunderstood the permutations on the final day of the campaign and ordered the team to play for a draw in their final qualifier against Sierra Leone, when they needed a win.

He lost his job in June after Bafana Bafana's poor start to the 2014 World Cup qualifying campaign.