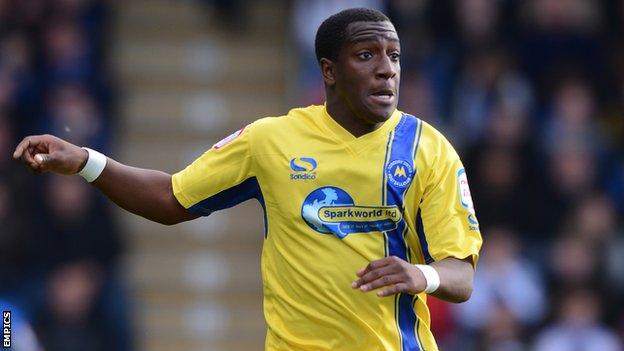 Torquay boss Martin Ling has been delighted with winger Niall Thompson's role as an impact substitute.

The 19-year-old set up the winner in the 2-1 win over Dagenham & Redbridge as Abu Ogogo diverted his cross past his own goalkeeper.

"Niall came on and has had an effect on the game as he often does," manager Martin Ling told BBC South West Sport.

"I think he's more effective when teams are tired and he came on and was effective today."

And it was an opinion that Thompson, who has played 16 times for the Gulls since was happy to agree with.

"Every player would like to start, but the gaffer knows best," he said.

"I'm happy to be an impact sub if he sees me like that.

"When I come on I always try tod make an impact on every game I play.

"I'm really delighted with this one, that's two assists in two games and I can't ask for more.

"I didn't expect to be playing so much from being a first-year pro, I didn't even expect to travel that many times.

"To get on the bench is just a bonus and to come off the bench, I couldn't ask for more."