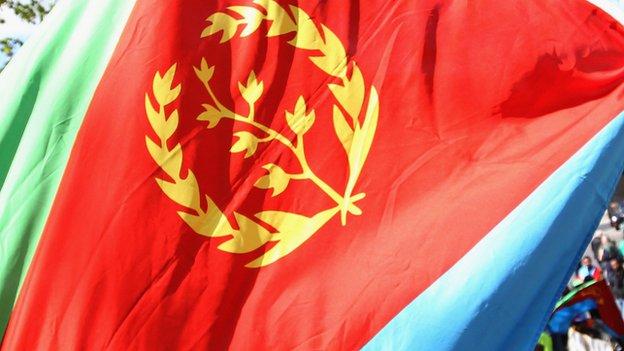 Seventeen players from the Eritrea football team and the team doctor are believed to have absconded in Uganda.

Only 12 players returned from a shopping trip on Sunday - and, of these, five later left saying they were visiting friends and did not return.

It meant only five players and two officials were left to return home to Asmara on Tuesday.

Security agencies have launched a search for the missing players, who had been in Kampala for a Cecafa Cup match.

"We don't know where our brothers are," said team coach Teklit Negash.

The website of Eritrea's opposition party claimed the players were seeking political asylum in Uganda, but this has not been confirmed.

Federation of Uganda Football Associations (Fufa) vice-president in charge of youth Patrick Ogwel confirmed the members of the Eritrean party were missing and said: "We shall find them wherever they hide."

And Fufa chief executive officer Edgar Watson said pictures of the missing players would be displayed in newspapers so they could be tracked easily.

"We shall find them because they are not very far," added Watson.

The Eritrean team was eliminated from the east and central regional championship at the group stage after drawing with Zanzibar 0-0, losing 3-2 to Malawi and being beaten 2-0 by Rwanda in their last match on Saturday.

Sylvia Nakamya, manager at the Sky Hotel - the base of the Eritrean team - revealed that the players left on Sunday to go shopping, but only 12 returned.

Nakamya added: "Later, five of those who returned also said they were going out to visit their friends and they did not return."

After the 2010 Cecafa tournament in Tanzania, 13 players from Eritrea's team also disappeared and defected.

Several of those players have since reappeared in Houston, Texas under a refugee resettlement programme in the United States.