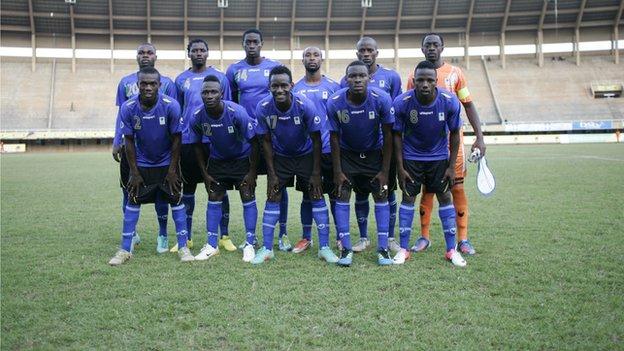 Tanzania and Zanzibar have advanced to the semi-finals of the Cecafa Senior Challenge Cup in Kampala, Uganda.

The Kilimanjaro Stars saw off Sredejovic Micho's Rwanda side 2-0 in the first quarter-final tie played at the KCCA Stadium in Lugogo, while Zanzibar beat Burundi 6-5 after a penalty shoot-out following a goalless draw in the second game of the day.

A 34th-minute strike by Amri Kiemba was followed by John Bocco's goal in the 54th minute to seal the victory for the Kilimanjaro Stars.

While the Tanzanians looked more composed in play, the Amavubi of Rwanda fought back in the 20 minutes of the game but without reward.

In 2010 Tanzania eliminated Rwanda at the same stage.

"Tanzania played well and took their chances. But they were more fresh than my players and I wish them the best of luck," Rwanda coach Micho told BBC Sport after the game.

Tanzania's coach Kim Poulsen was a happy man after the match and said his players are hungry to win the title. "We are taking every game as a final," he said.

In the second game, Abdallah Othman scored the winning penalty for Zanzibar. Burundi's star Selemani Ndikumana and Abdul Fiston failed to convert, while Haroub Nadir, the Zanzibar skipper, missed his chance too.

The Zanzibar coach Salum Nassor said they will now work hard to go past the semi-finals, saying "these boys are so determined and hungry for success".

On Tuesday the action returns to the 42,500-seater Namboole Stadium when Harambee Stars of Kenya face Malawi in the third quarter-final tie, while defending champions Uganda, who have not conceded a goal in the tournament so far, face Ethiopia.