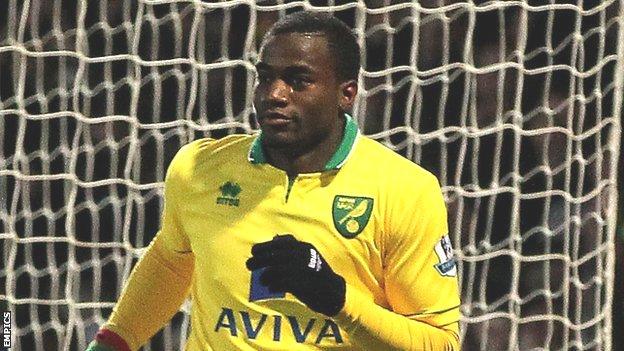 The defender looked to be struggling with a leg injury late on in the game.

The Canaries are already without Bassong's regular and

Hughton told BBC Radio Norfolk: "I think he's OK. Seb's like anybody, when you're playing game after game, you're going to take a few knocks."

He added: "We have to make sure we give them some good rest and recovery this week and look to go again.

"For us every game is a tough game. The reason we're so delighted to win this one is the next one [at Swansea] is a tough one."

Bassong, 26, opened the scoring against Sunderland and has been central to Norwich's impressive run of form, with Hughton's side taking 19 points from the 13 games he has played and conceding just three goals in his last six appearances.

Victory over the Black Cats extended Norwich's unbeaten run to eight Premier League games and lifted them to 12th, seven points above the relegation zone.

"We all know the only stats that matter are the ones at the end of the season," said Hughton.

"But I'm pleased with the run we're on, because I think we deserve it. We've got a group working really hard. We know where we are and what we have to do.

"There'll be ups and downs but at the moment we're on a really good run and I'm delighted."