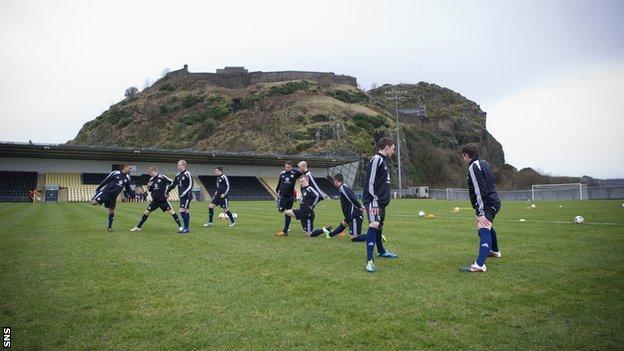 The rearranged Scottish Cup fourth-round tie between Dumbarton and Hamilton Accies has been rescheduled for Wednesday 12 December because the pitch is still frozen.

It is the third time the match has been called off because of the cold snap.

Wednesday's match will kick off at 19:30 GMT, with the winners playing Dunfermline at East End Park.

With temperatures likely to stay close to freezing or below, there will be a pitch inspection at Dumbarton on Tuesday.

If the match is called off yet again, it will be rescheduled for Monday 17 December.