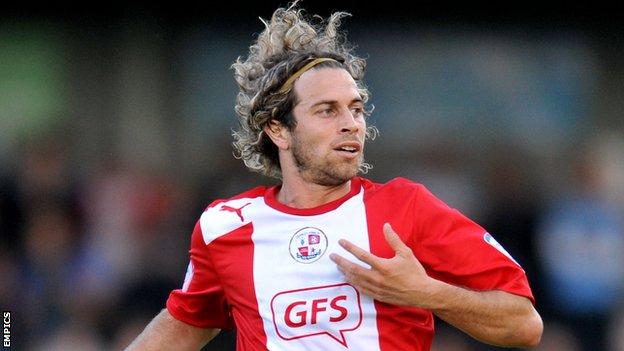 Crawley Town's Sergio Torres hopes he can convince manager Richie Barker he is worthy of a longer run in the side.

Torres, 29, made his first appearance for three weeks in the 3-0 FA Cup win against Chelmsford.

As a footballer, you want to play every game and every minute

The midfielder told BBC Sussex: "It's been a difficult time for me after the last two years, when I played nearly every game.

"I kept working in training and hoped the chance would come. I hope I've done enough to stay in the team."

Torres was an integral part of the Crawley side which secured back-to-back promotions but he has been restricted to 11 appearances this season, six of which have been from the substitutes' bench.

"It has been frustrating," the Argentine continued.

"As a footballer, you want to play every game and every minute.

"I have been through a lot with this club; winning the Conference, [getting promoted from] League Two and the FA Cup runs.

"I really like the club and I want to be part of this team. I give everything every day in training so I'm hoping to convince the gaffer."