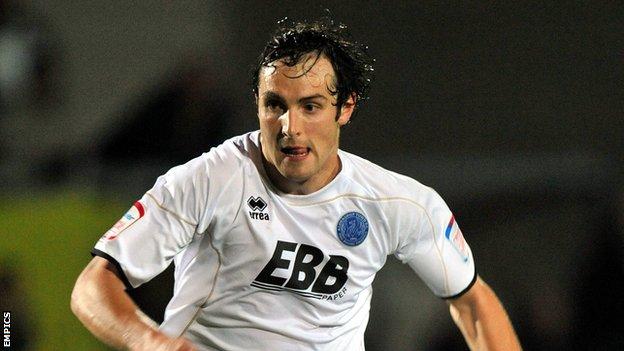 The Shots, who are in the League Two relegation zone, beat the promotion-chasing Cod Army 3-2 on Saturday.

He told BBC Surrey: "We are not playing brilliantly in the league and things aren't going our way but we know we are much better than where we are.

We could easily have let our heads go down at 1-0, but there is a never-say-die attitude with this team

"We've shown what we are capable of and I am sure we will push up the league."

Hylton scored a brace against Fleetwood to help Aldershot through to the third round of the FA Cup for just the second time since the club was reformed in 1992.

"We could easily have let our heads go down at 1-0, but there is a never-say-die attitude with this team," he added.

"It's nice to get on the scoresheet again but the main thing is we are in the third round.

"We deserve it. We are not going so well in the league but the FA Cup has been a nice distraction."

Hylton hopes their win over Fleetwood can prove to be the catalyst for rising up the league table.

"We always play a bit better against the higher teams, maybe it's complacency or a mental thing." he said.

"On our day, we can beat anyone in this league. Confidence is a massive thing and hopefully the game has given the lads a big boost."