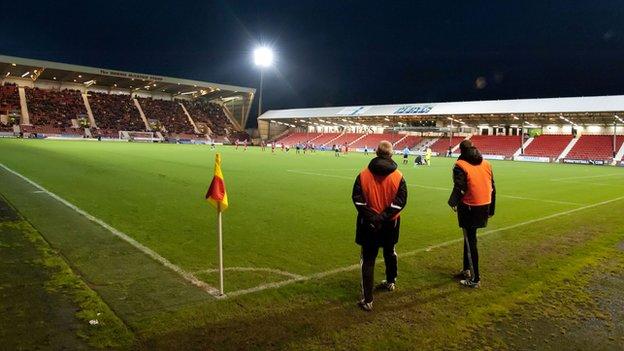 Dunfermline players will receive only 25% of their salaries on time this month, BBC Scotland has learned.

The payment of wages at Dunfermline was also delayed in October as the club struggled to pay a tax bill.

Club owner Gavin Masterton told players at a meeting on Monday that the remainder would be paid within a week.

Masterton assured the squad that he was hopeful that the club would be on an even financial footing at the start of the new year.

Dunfermline are believed to be about £8m in debt, with present and past directors the main debtors.