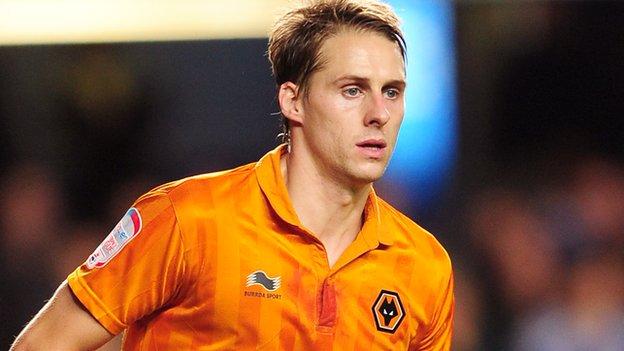 Wolves' Wales international midfielder Dave Edwards has been ruled out until the New Year with a hamstring injury.

After being stretchered off in Saturday's 4-1 win at Bristol City, a scan has revealed a Grade Two tear ruling him out for up to two months.

"We don't have so many players with the experience that Dave has. He has been up to his normal standard in his performances in the last few games."

Of those, O'Hara, who underwent a hernia operation in August, and Boukari, sidelined for an estimated six weeks by a calf injury in the are understood to be closest to a return.

Poland international Peszko, 27, was also expected to be out for six weeks when he suffered a knee ligament injury in the

Wolves' victory on Saturday was their biggest on the road in over five years - by the same 4-1 scoreline at Leicester, on their way to the Championship play-offs in May 2007.

Despite their recent poor run, Solbakken's men are now back to within eight point of the Championship play-off zone ahead of this Saturday teatime's home derby date with Birmingham City (8 December, 17:20 GMT).