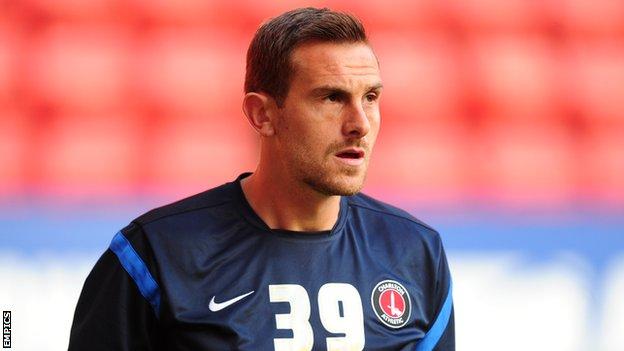 Brentford forward Paul Hayes says the side have found the form to mount a sustained promotion push.

The Bees have suffered just one defeat in their last 17 games in all competitions and have risen to fifth in the League One table.

"Our goal is obviously to get promotion but we know it is going be hard [to get into] the top two. But we are going the right way."

He continued: "We didn't start too well but in the last month we've got some great results and it's really starting to click now.

"We're starting to have an understanding of each other as players, as a team and our structure.

"We've got a manager [Uwe Rosler] who believes in us. He is bonkers but he is passionate.

"He's got that German mentality that he wants the best out of all of us."

Meanwhile, Hayes is hoping to make more of a goalscoring impact over the rest of the season following his move from Charlton Athletic in August.

The former Scunthorpe, Barnsley and Preston player has only scored three goals in 19 appearances for the Bees, a modest total he puts down to a truncated pre-season training programme at Charlton.

"Training with the Under-21s and not going away on the pre-season tour, I couldn't really get my fitness up," he said.

"Going to Brentford, it was a slow start. I couldn't get chucked in straight away as I wouldn't have done myself or the club justice. I had to bide my time and wait for my chance.

"I haven't scored as many goals as I have done [in the past] but the main thing is the team itself has started to get results.

"It is nice to know I am at a friendly, family-orientated club where everyone is in it together. It reminds me of when I was at Scunthorpe."