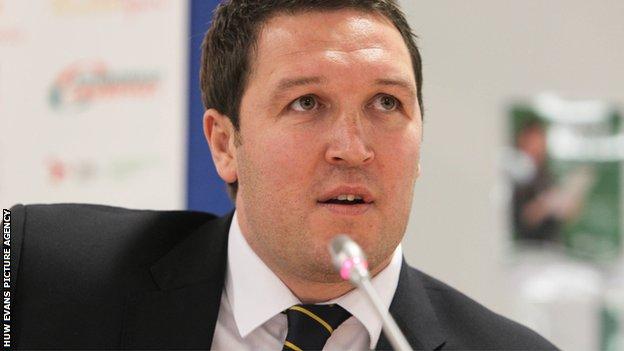 Young had been in interim charge at the Genquip Stadium following the dismissal of Mark Jones in November.

The 36-year-old moved to Port Talbot in a coaching capacity at the start of the season following a successful managerial spell with Welsh League side AFC Porth.

"We're delighted to be appointing Scott as our new manager and have every confidence in his ability given his professional background," Port Talbot chairman Andrew Edwards said.

The club also confirmed that Marc Cahill and Vince Lewis will remain as first-team coaches, whilst Nigel Williams will continue as goalkeeping coach.

Young made 275 appearances for Cardiff before joining Newport County and was also a Welsh Under-21 international.

He famously scored Cardiff's winning goal in their FA Cup third round win over Leeds United in January 2002.