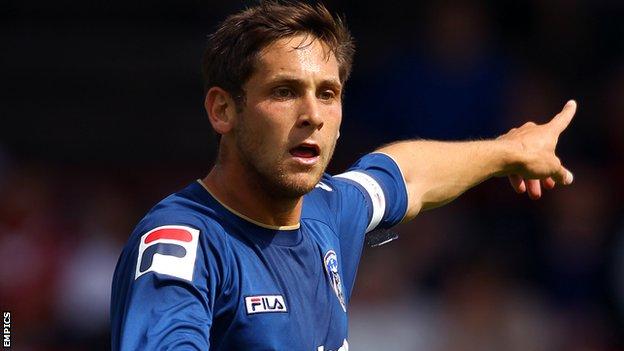 Captain Dean Furman hopes progression to the third round of the FA Cup will be the catalyst for Oldham Athletic to start an unbeaten run in League One.

Furman told BBC Radio Manchester: "We have to find that consistency and that's what will take us up the league or into the next round of the Cup.

"We have to maintain those standards. It's no good doing it one week and not for another two weeks."

Oldham faced Liverpool in the FA Cup third round last season - Robbie Simpson gave the Latics a shock lead at Anfield, but the Premier League side eventually prevailed 5-1

The South Africa international added: "We've got some very good players here and, if we can find that consistency, we will move up that table."

Paul Dickov's side are 16th in League One and have now won three of their last four matches in all competitions after reaching the third round of the FA Cup for the second year in succession.

Furman set up both of Matt Derbyshire's second-half goals to ensure victory at Boundary Park - his forays forward a result of much work on the training ground prior to the match.

"That's one of the things we've worked on - myself and James [Wesolowski] getting forward," said Furman.

"I don't think we do it enough. We can drop too deep looking for the ball. It's something that the manager goes on at us about all the time.

"It was pleasing that what we had worked on was used in the game and got us that win."