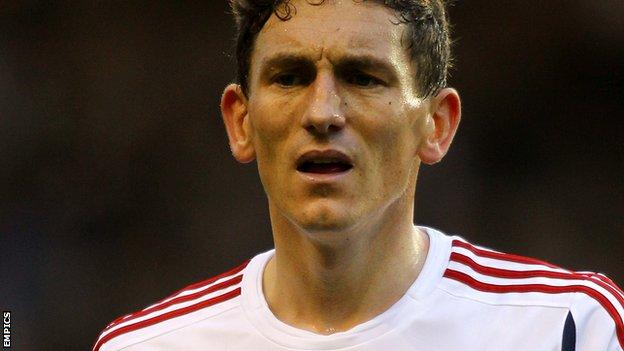 Freedman made three changes for the taking his tally of alterations to 13 in the past three Championship matches.

Andrews told BBC Radio Manchester: "You can look at possible reasons for it [the defeat] but it certainly wasn't anything to do with that.

"We have to hold our hands up. We didn't hit the heights we should have."

His new side have played seven games in 28 days and following last week's win at Blackburn, saying he wanted to keep his players fresh.

Republic of Ireland midfielder Andrews continued: "As a player you want to play every game, but with the intensity and the regularity of the games in this league - from a sports science point of view and a sharpness point of view, and added to that the quality we have within the squad - the manager obviously feels he can chop and change. Up until Saturday, it's been successful.

"The manager has worked very hard on the system and the style he wants to play.

"Training in the last few weeks has been very intense. There's been a lot of training and video meetings, so regardless of what position you are, when you come into a certain position, you know exactly what you're doing."