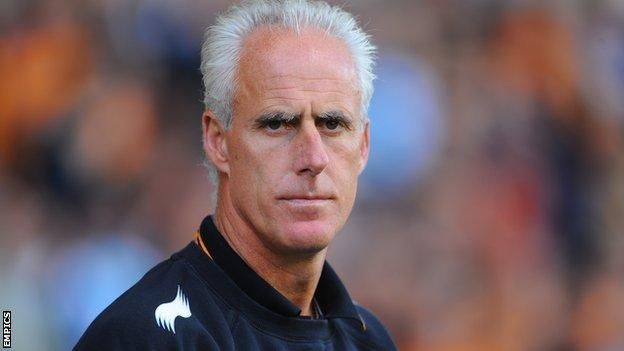 There is an old saying that distance lends enchantment and time certainly has proved a great healer at Molineux for former Wolverhampton Wanderers manager Mick McCarthy.

When 'SuperMick' lost his job as Wolves boss in February, after five and a half highly entertaining years at the helm, there were few dissenting voices at the golden palace.

His sacking came the day after an embarrassing 5-1 home defeat by, of all teams, West Bromwich Albion.

Although it was just eight days after Wolves had celebrated their first win in two months, and all five Albion goals owed something to good fortune, the general mood at Molineux was that he had to go.

It was only when it became clear that bungling Wolves had no immediate replacement lined up that attitudes changed once more.

By season's end, when Alan Curbishley, Steve Bruce and Walter Smith had all passed on the job and Wolves had picked up just four points in 13 winless games under McCarthy's old number two Terry Connor, it was widely considered that they might have done better to stick with Mick.

Could he have kept them up?

"Yes," says McCarthy confidently ahead of Saturday's return to Molineux as manager of Ipswich Town. "But that's easy for me to say. The reality is I don't know.

"We'd stayed up for one or two seasons prior to that and been in worse positions.

"And I do think I'd have kept the club up," he told BBC Radio Suffolk.

The feeling that Wolves made a mistake 10 months ago still pervades Molineux.

Some of the more rose-tinted recollections of McCarthy are perhaps engendered by slight mistrust of the Norwegian methods of current manager Stale Solbakken, on whom the South Bank jury remains out.

But the continued affection for the much-loved, wise-cracking Yorkshireman from the majority of Wolves fans is also triggered by seeing from afar the job he is now doing down in Suffolk.

"People made the decision," said McCarthy. "Whether they have any recriminations about making that decision I don't know, but not from me, not at all.

"It wasn't to be but I'm here now, I'm loving what I'm doing and I have no desire to do anything else."

Having taken over the Tractor Boys when they were bottom of the Championship, McCarthy's no-nonsense approach at Portman Road, aided by his former Wolves assistant Connor, has already dragged Ipswich five points clear of danger.

In his 11 games in charge, Ipswich have won six and drawn two and, aside from two hammerings in his first four games (5-0 at Crystal Palace, then 6-0 at Leicester), Town have shipped just eight goals in his other nine games at the wheel.

Contrast that to a Wolves side who have averaged close to two goals per game over the last two months, culminating in the misery of a 3-0 Boxing Day home stuffing by relegation favourites Peterborough United.

"They had a bad result on Boxing Day," admits McCarthy. "But that often happens on Boxing Day. This league throws up crazy results and Peterborough had been on a good run.

"And I actually think Wolves have got a great team. They've some really good players and I'm surprised to see them where they are, I have to be honest.

"I know them. I know their strengths and their weaknesses."

Solbakken has had bad luck with injuries to a string of wide players, not to mention the loss of Wales international keeper Wayne Hennessey.

And given that McCarthy's more recent Wolves predecessors Graham Taylor (Watford), Mark McGhee (Brighton), Colin Lee (Millwall) and Dave Jones (Cardiff) have all taken teams back there and got results - as far as Solbakken is concerned, it is not the ideal timing for the return of such a favourite son to Molineux.

Not that he will come back to the Black Country bearing any malice.

"I did a good job at Molineux," said McCarthy. "I loved it there. I had a great time.

"Great club, great people and I've no axe to grind with anyone. I'm going back with my head held high.

"I'd like to take my team back there and play well put on a good show and win.

"But I don't want to win this one more than any other game... not unless they give me more than three points."